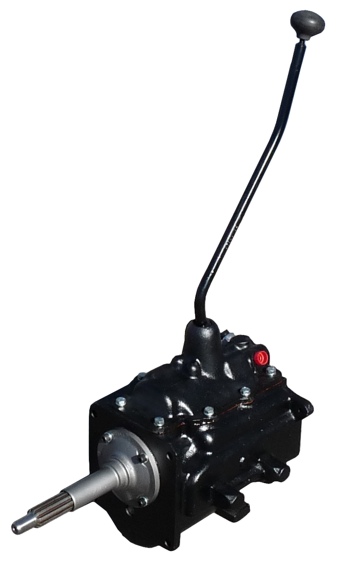 The T15 is synchronized in all forward gears and all gears are helically cut. It uses sliding clutch collars in lieu of sliding gears as found in other, earlier Borg Warner three-speeds.

The T15 transmission is 10" long and features a cast iron top cover that is retained by 8 bolts. The main case is of cast iron. The case itself has two protruding bosses as provisions for side-shifting actuators, however, no known Jeep side-shift applications are known.

The T15 transmissions as found in Jeeps has a 1-3/8" x 6 spline output shaft for mounting the transfer case input gear.

IH featured a T15 in both top-shift and side-shift versions, the latter having the following casting number: 13-07-065-903. Transfer case compatability for IH T15's was the same as for the Jeep versions, marrying directly to the Dana 20 "Texas" bolt pattern and six-spline input gear.

The T15 always used a 6-spline transfer input gear. An informative chart of these gears can be found here. 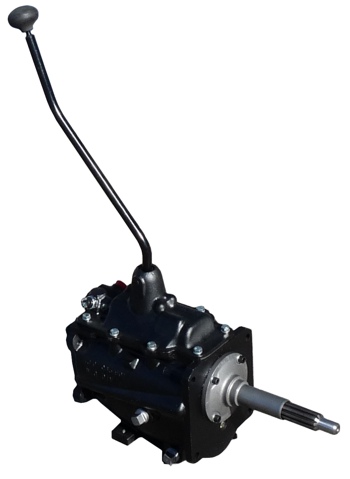 The T15 was never natively married to any GM engines, but it is popular to adapt the 1971-1975 CJ version of the T15 to a variety of GM bellhousings with our T15 adapter assembly. 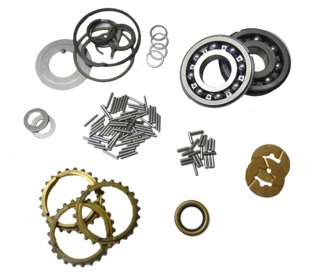 The T15 is quite easy and enjoyable to rebuild. Many shadetree mechanics do very outstanding rebuilds if they have access to a press, snap ring pliers and bearing pullers.

When filling your T15 with gear oil, we recommend that you select a conventional mineral oil or a para-synthetic in lieu of a full synthetic oil. Properly assembled manual gearboxes do not have the thermal strains seen by combustion engines or hypoid gears. Synthetic fluid in these gearboxes, while not harmful, is probably an economic waste.

The T15 is among the strongest of American made three-speed transmissions. They had a relatively short run in Jeeps, but offered good service, even if the gearing was not as broad as the available T18. The T15 was replaced in Jeeps by the T150 transmission in 1976. 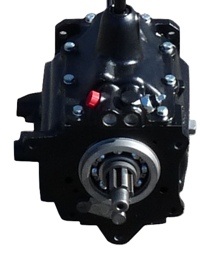