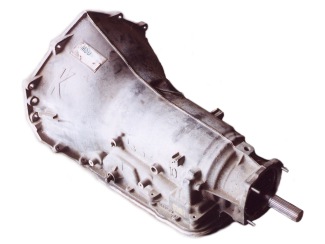 The TH700R4 is an automatic shift, four-speed overdrive, longitudinally positioned transmission. It is now considered to be one of the finest overdrive automatic transmissions ever produced.

The Turbo 700 was introduced in 1982 as a response to fuel economy pressures, and to be phased in as the replacement for the TH350. The transmission was available for both car (RWD) and truck platforms. The transmission's principal new feature was its 30% overdrive. It also sported a lower-than-usual 3.06:1 first gear, popular for off-the-line acceleration as well as off-road torque.

There were some initial bugs in the earlier versions. A feather in GM / Hydramatic's cap was the fact that they stuck with the 700R and followed through with improvements and upgrades. 1987 and newer transmissions are considered to be refined and very reliable, as indicated by their OEM installations against performance 350 V8s in sports cars and trucks. Earlier transmissions are affordably given all these upgrades to put them at the same high level of durable service and performance. Aftermarket building techniques and parts upgrades make this transmission very capable of Big Block power in race, street and off-road applications.

In 1990, the 700R4 was redesignated as the 4L60 (4-speeds, Longitudinally positioned, 6000 lbs. GVW). This was a change in name only with no significant mechanical changes associated.

The 700R4 and Mileage Benefits

A good part of GM's reasoning in developing the 700R was to allow more of their vehicles to meet ever stricter mileage and emissions requirements. It was an effective strategy.

By converting to the 700R, your Jeep may realize significant mileage benefits as well. It is not uncommon for swappers of this transmission to see a 30% drop in fuel consumption if the Jeep sees highway use.

Additionally, the transmission features a lock-up torque converter to allow a direct, non-slip connection through the transmission. This has the benefit of further fuel savings and cooler transmission operating temperatures. However, it is crucial that this lockup mechanism be properly connected to the ECM and brake lamp circuit. Stand-alone computers are available on the aftermarket for its control. Some control units even allow for the lockup to occur at a given speed. Lock-up converters in automatic transmissions give the advantage of direct engine lockup through the otherwise fluid-coupled transmission. This function works either by the ECM or a vacuum switch. Earlier versions without ECM use a vacuum switch connected to ported vacuum. The transmission receives the signal and applies fluid pressure to the clutches in the lock-up converter. The system switches off due to a signal from the brake pedal.

If you run the transmission with the converter unlocked all the time it will run a little hotter. Keeping it cool is important. The advantage of this lock-up converter is increased fuel economy and decreased heat at cruising speeds.

If you would like to simplify the stock setups, torque converter controls are available through racing supply retailers in a variety of styles. These facilitate the proper installation of the TH350 and 700R4. The on-road advantages are obvious. For the off-roader, the ability to manually switch the torque converter on is excellent in that it allows for compression braking.

In 1993, an important change did occur and that was the conversion of the hydraulic logic shifting system over to an electronic one. Mechanically, the transmission's power transmitting core remained the same, but the valve body and actuation system for the clutches, bands, etc. became controlled by electronic actuators and solenoids. A Vehicle Speed Sensor (VSS) was used as the primary feedback sensor, which fed the PCM or ECM (vehicle powertrain computer) the data to make shift decisions. The engineering of this system is not regarded as a complication, but an elegant simplification and further improvement to this transmission. This version is called the 4L60-E (or Early 4L60-E for our purposes).

In 1997, the 4L60-E began to be released having received a redesigned case. This is the Later 4L60-E, discussed here.

The 700 transmission has a main case of cast aluminum alloy with a length of 23-3/8" long. It is distinguished from the TH350 and TH400 in that it has a square oil pan, lacking the distinctive cut-off corner of the TH350 and the "Texas" shaped oil pan under the TH400.

There are three main castings of the 700R case. One is the standard car version. Another is cast slightly thicker, designated as the "K" case, as purposed for many trucks. The occurance of case breakage is very uncommon and most individuals swapping the 700R-4 into a Jeep probably will not be benefitted by one over the other. A third, rarer version was the "60 degree" version, as discussed below.

This transmission makes an excellent conversion transmission due to its adaptability into most Jeeps. Both 2wd and 4wd versions of the 700R can be used equally well, and there are no inherent advantages to either one once you have installed our adapter assembly. 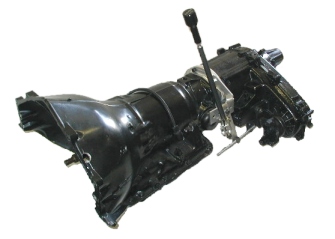 The front face TH700 is natively compatible with either the Chevrolet 90 degree “Small Block” & “Big Block” patterned engines (image, left), including the V6, V8, I6 & Iron Duke I4. Another version, the GM 60 degree pattern version, can be mated to 60 degree style engines, such as those in the 3800, 3.4, and other engine families. These transmissions are fairly rare as they were only produced for a few years in the Chevy S10 and Camaro with the 2.8L V6, prior to GM's upgrade to the 4.3L V6.

These differences only affect the front bell of the case, and all Turbo 700 cases are similar from that point back. 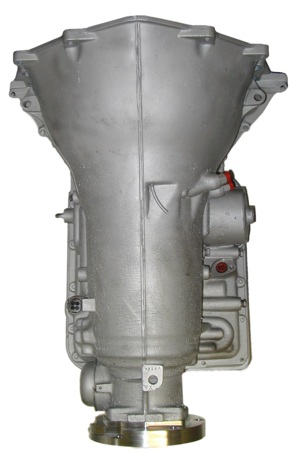 A turn-key 700R-4, professionally built, OEM style or adapted and delivered to your door - ready for a variety of engines and Jeep transfer cases. Read more...

The 700R-4 can be made compatible with AMC I6 & V8 engines. See ourKit #437AMC for details. This conversion can help make for an improved Jeep powertrain.

Novak does carry a full line of parts for the 700R transmission, including OEM grade and upgrade components for individuals working on their transmissions. If interested, we welcome you to contact us.

GM's commitment to the 700R4 is apparent in its strength, quality and broad usability. It is hands-down one of the most respectable transmissions of our era, and a very compelling Jeep conversion transmission. The 700R is a very attractive swap option for all Jeeps, with the exception of the CJ5 and other short wheelbased Jeeps - due to powertrain length and driveshaft angle issues. Adaptability to nearly all Jeeps is exceptional.