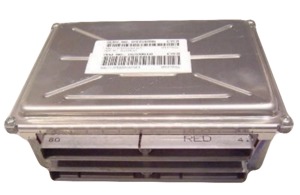 This discussion is largely focused on GM systems because they are so configurable, desisrable and understood by the aftermarket. However, some of this information and these companies can assist with other systems.

We and our customers have been getting our socks blown off by modern, fuel injected engines. While wiring and electronics do add an extra dimension of cost and effort to a Jeep conversion, they add several levels of great benefits. Once one has seen the light of fuel injection, going back to a carburetor could be a difficult thing.

Novak and some other companies (see the list below) provide varying services.

Over the past several years, we have had the chance to work with a handful of good suppliers for wiring harnesses and PCM programming services. We offer this list of sources as information only, and the following should not be necessarily construed as an endorsement or guarantee of quality, as they are all independent companies. If you have a suggestion as to a company that's treated you right, suggest it and we'll add them below.

What a Programmer May Ask You

Because modern PCM's want to know vehicle speed, you will need to tell your programmer your tire size and axle ratio. You should also know your county or state emissions laws so the programmer and harness maker can know if they should configure for the secondary (post-catalytic) O2 sensors and for a fuel tank pressure sensor circuit (new in ~2004).

Your programmer will remove the VATS (Vehicle Anti Theft System) so the computer does not require a signal from the BCM or key to run. They will also want to know if you are running a manual or automatic transmission and which versions. 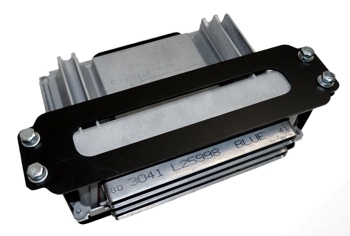 Need a cool way to attach your PCM to your Jeep? Our PCM mounting bracket assembly is the best thing to come along in this area for some time.

We are generally hesitant to alter the GM performance programming, as we believe it is the best engineered code in the automotive world. The power, fuel economy and engine longevity of GM motors attest to this. Some programmers can change variables of the code, but the basic maps should generally be left as GM has done them. Most programming claims for dramatically increased performance should be skeptically studied, and in light of the fact that even a mild GM V8 will put a serious grin on nearly any Jeep owner's face.

The great value in employing a professional is their familiarity and knowledge with GM harnesses. They can speed through the clipping, merging, truncating, labeling and simplifying of your harness. Some companies also supply new harnesses.

A supplier should also supply a few relays for the fuel pump, starter and possibly an electric fan. Many suppliers also offer a basic fuse panel and/or Power Distribution Center leads.

A harness builder may ask you where you want to install your computer; i.e., firewall? which side? under dash? etc.